This scene was inspired by several sci-fi franchises I've experienced over the years.

Everything in this scene except the sky box was created by me. I used a variety of tools including 3ds Max, Photoshop, and Mudbox while creating the assets for this scene. Nearly all normal maps were baked from high resolution meshes in 3ds Max. I used ndo in addition to baking normal maps to add small detail that's easier to add afterwards in order to save time.

Mudbox was used for the concrete textures and the rocks scattered throughout the scene. The cliff walls were created using photo references. The normal map for the cliff wall was generated using ndo.

Decals were created in Photoshop and used throughout the scene.

I arranged and lit the scene inside of UDK. 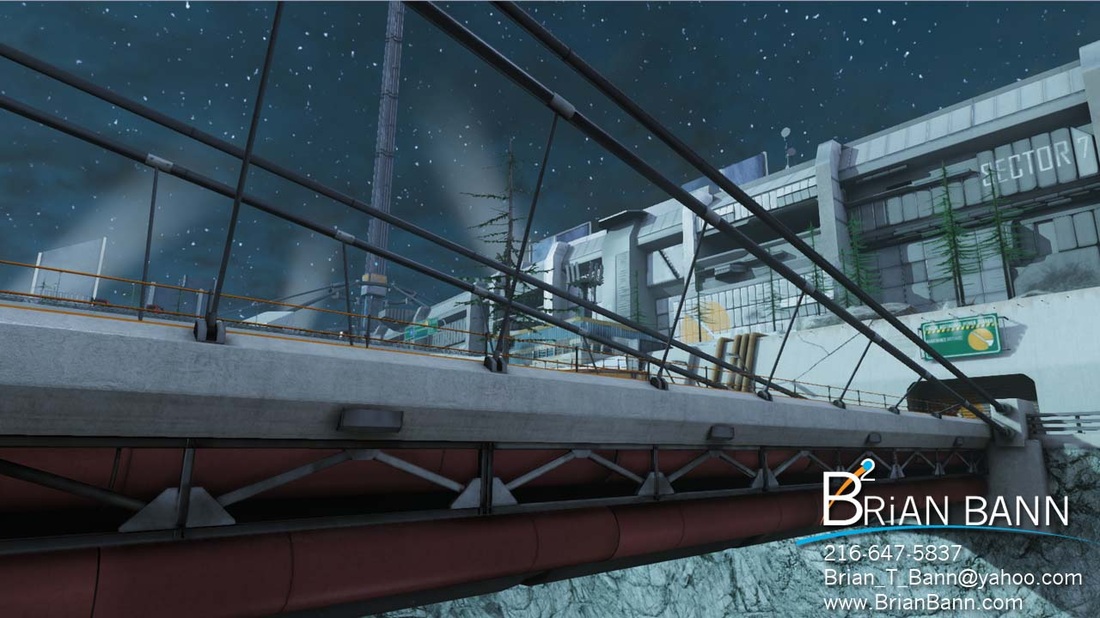 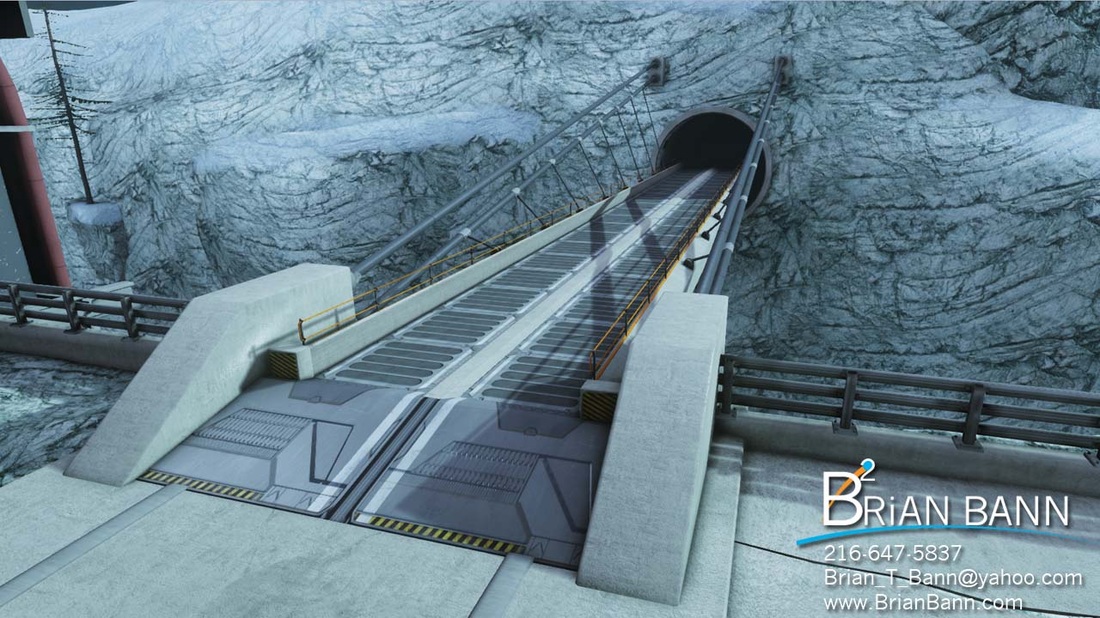 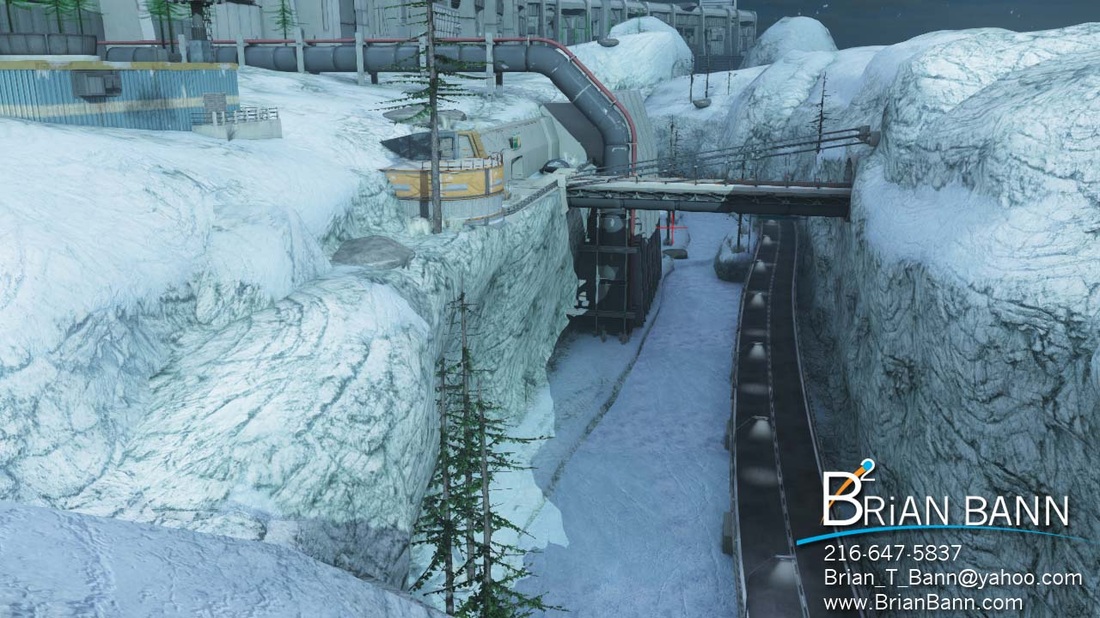 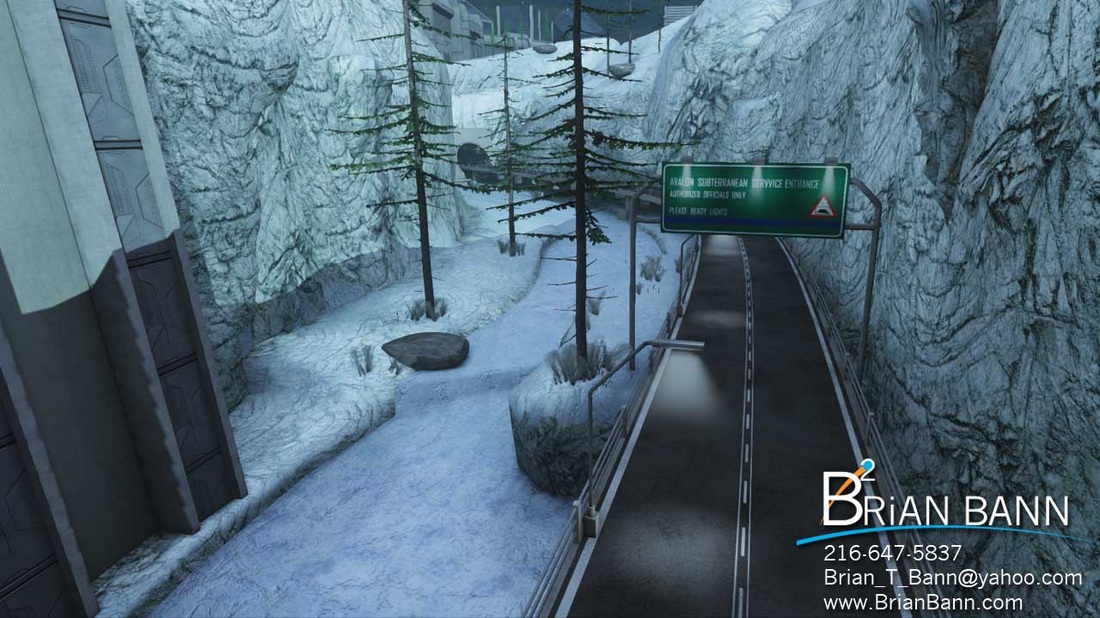 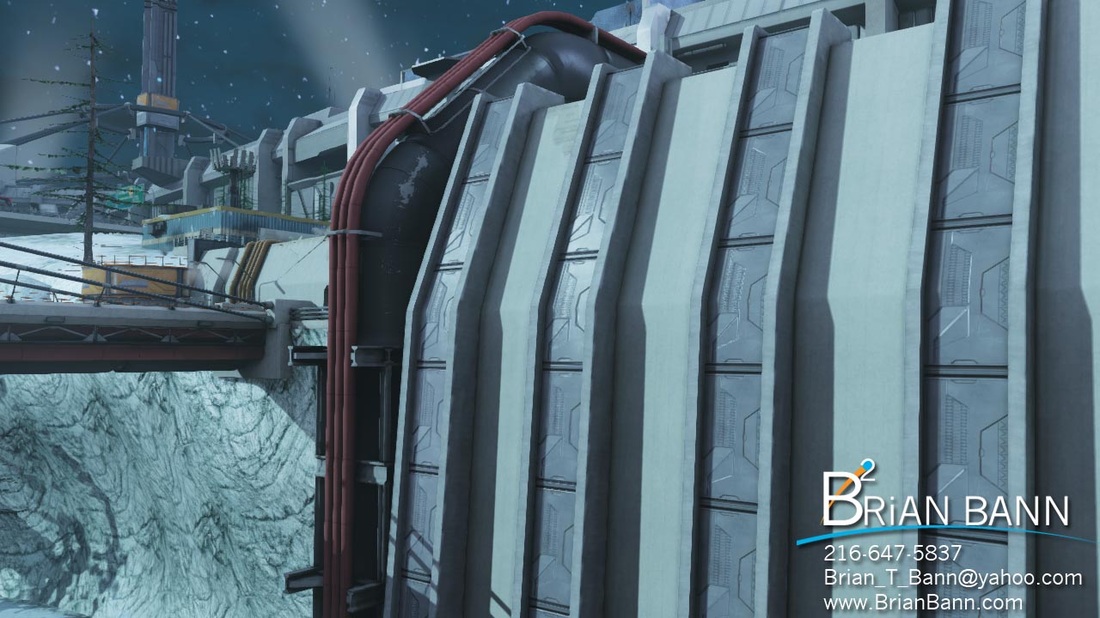 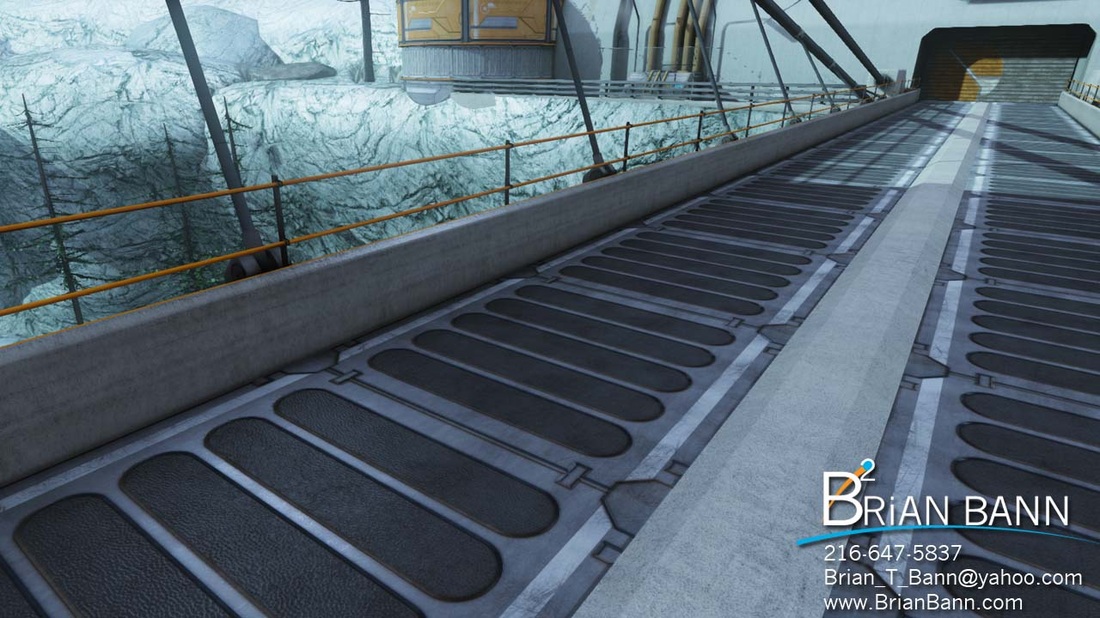 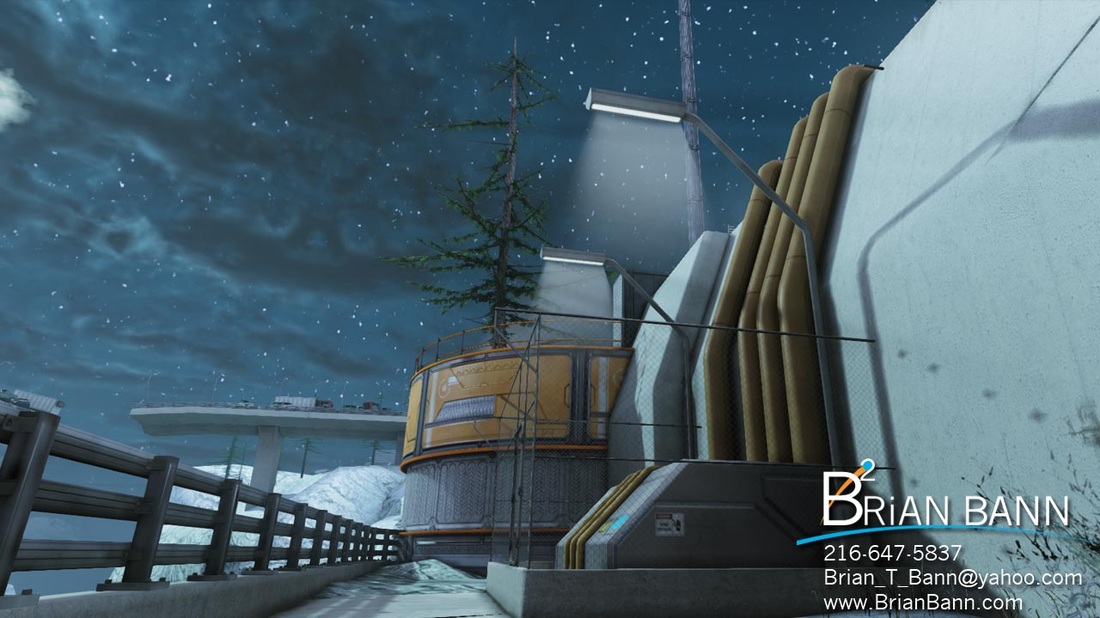 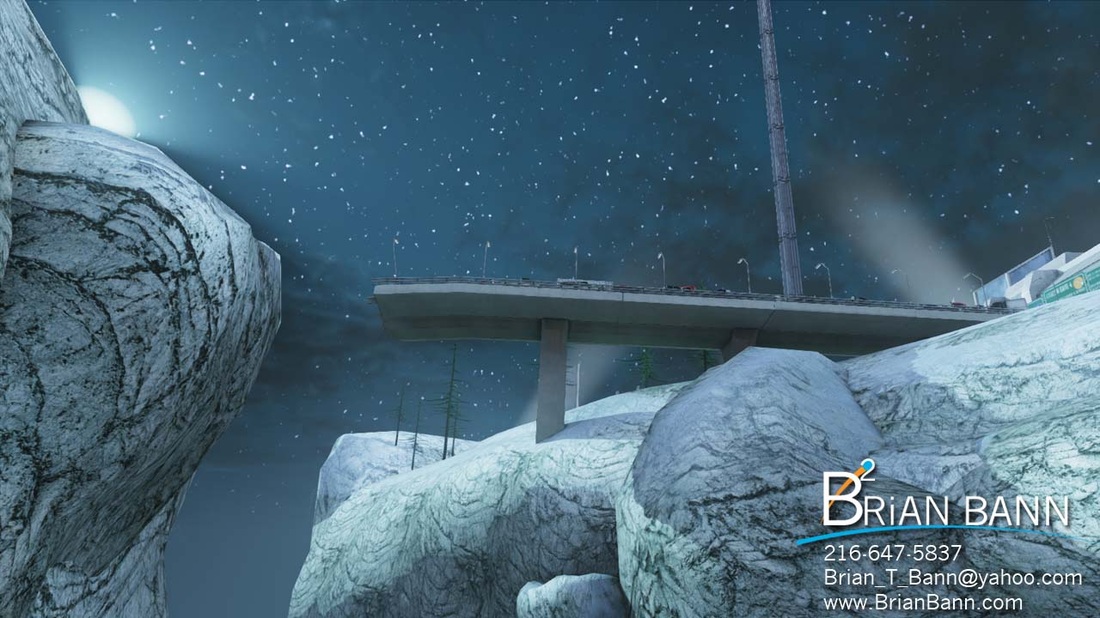 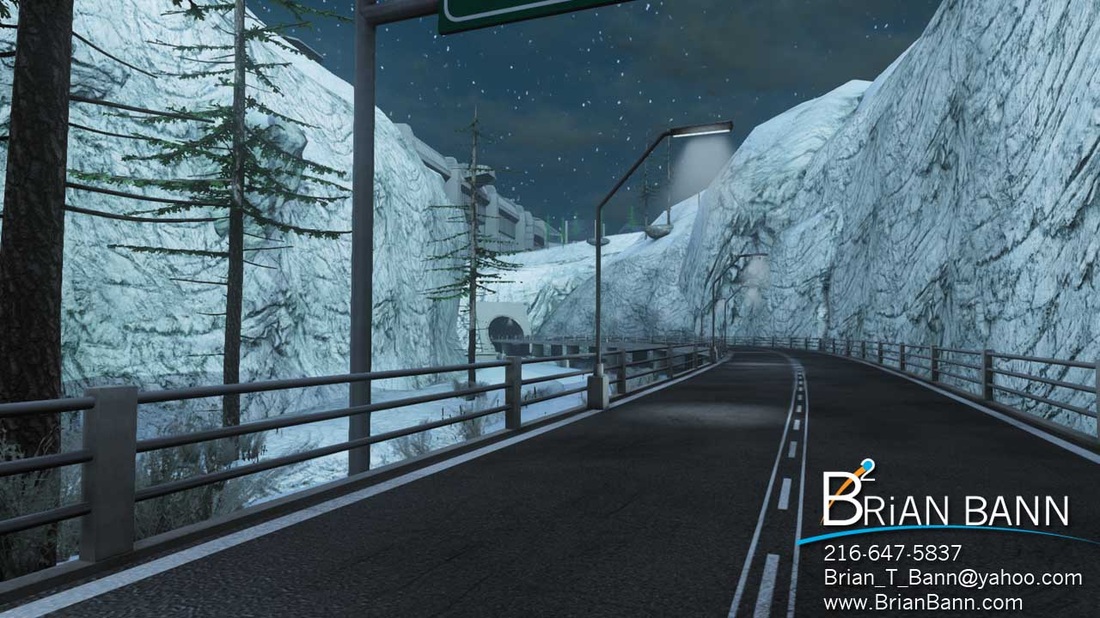 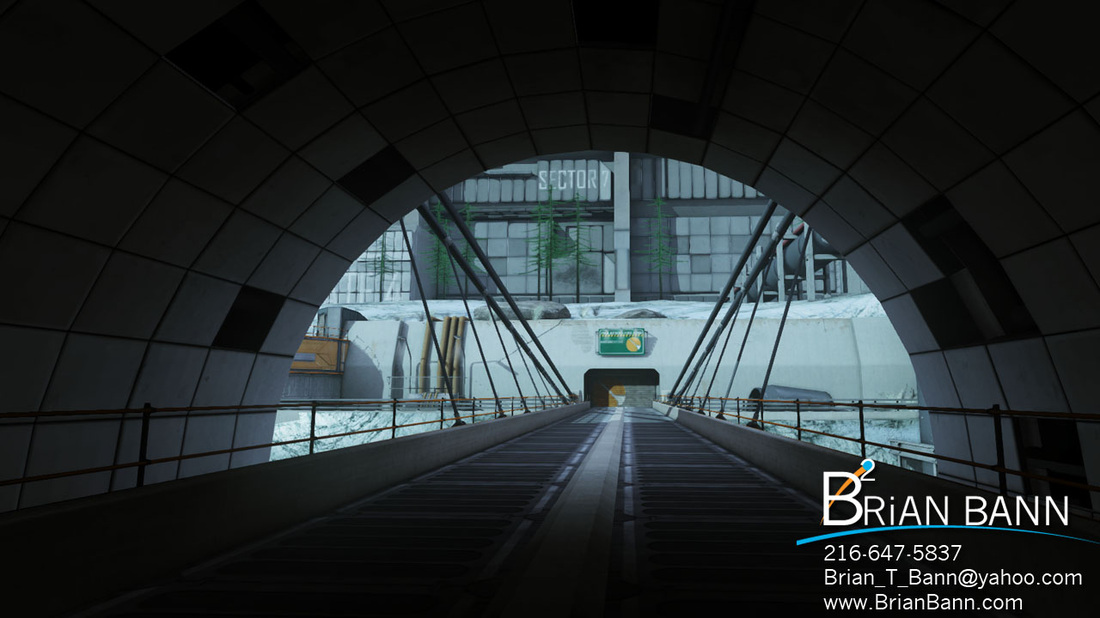 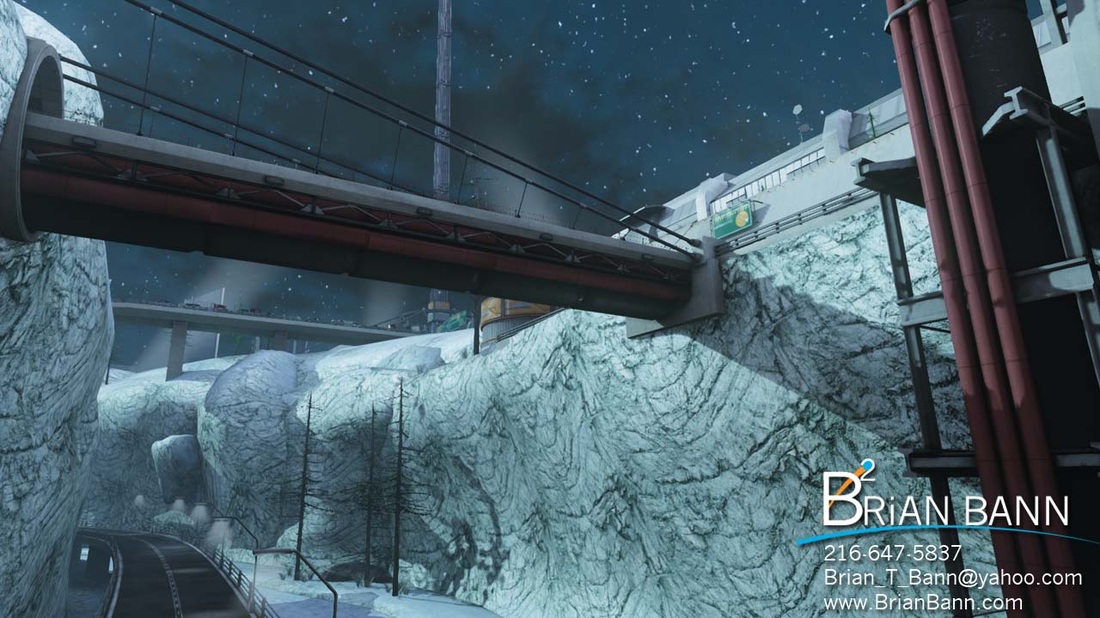 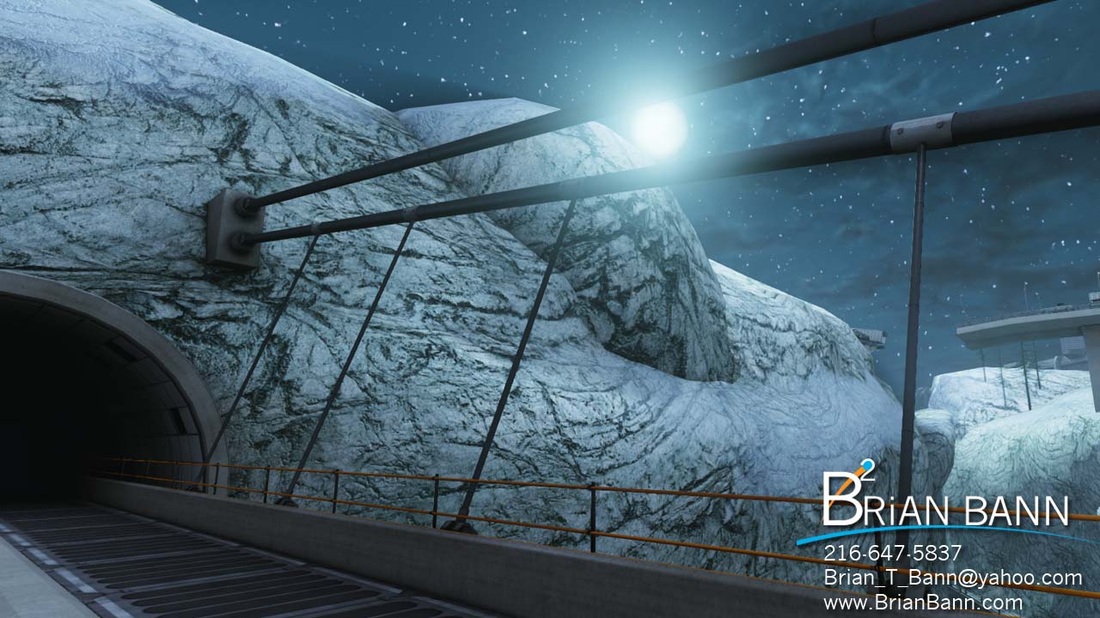 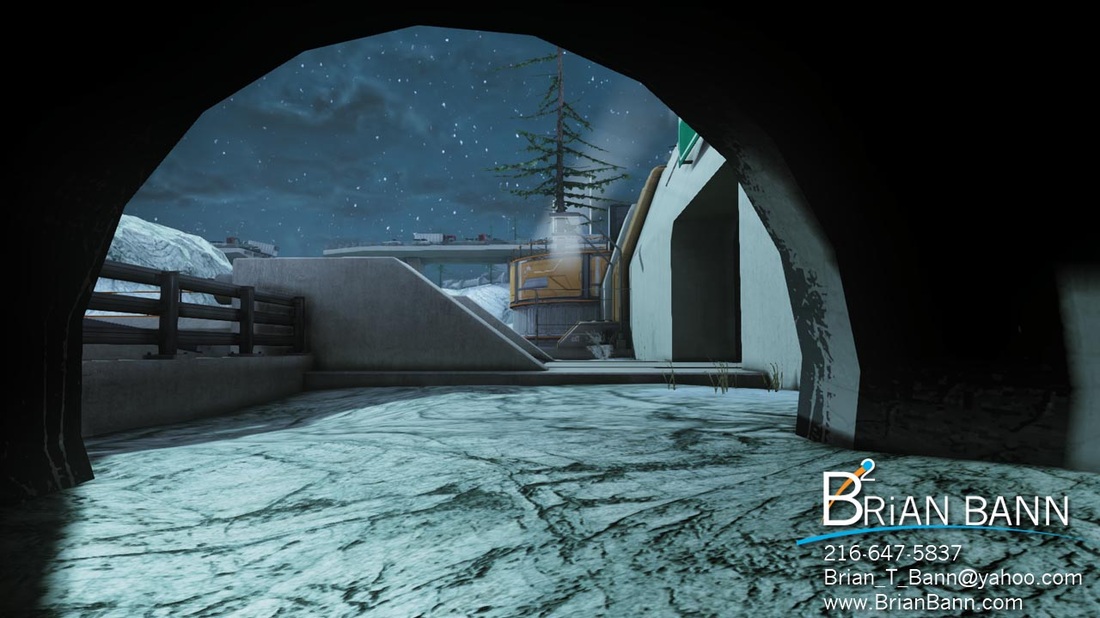 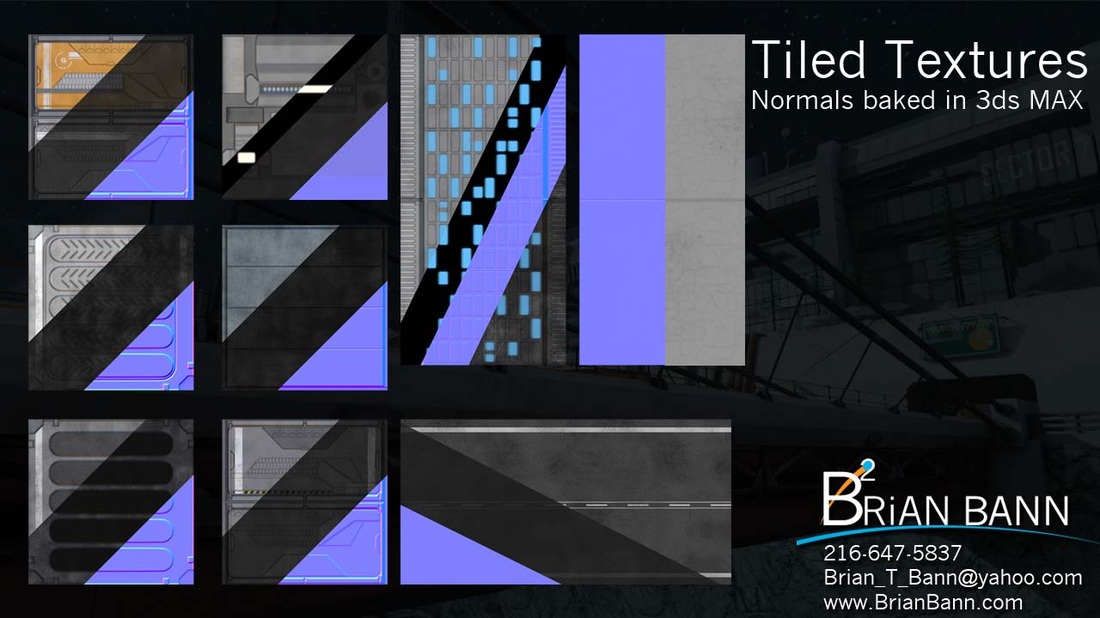